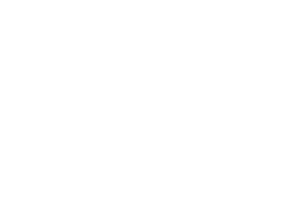 Never feeling like she fit it in herself growing up, Dez writes frequently about the battle many fight to feel they belong. This very issue was the basis behind her second album Work of Art, which was released in 2016. Dez wanted her fans to know that God loved them more than any other thing He has ever created. Currently, Dez has been writing praise and worship music, as she feels that this is the direction God has called her in for now. She hasn’t set any dates for a third album release, but is rather enjoying life as a mom to her son Tristan as well as serving on her church’s worship team.

Since Dez’ debut in 2012 with her first full-length album ​Heart Cry, her music has been touching lives all over New Jersey and in several parts of the US.

Here is what some of her fans have said about the music:
“The lyrics are honest even about the hard stuff we don’t want to look at. And they bring us to a place of hope in Christ.”
- anonymous

“Lifts me up. Makes my heart feel light. Gives me hope.”
- anonymous

“Helps me release my pain and sorrow”
- anonymous

“Some makes me tear up, some lifts me up, some cheers me up”
- anonymous

"​Her aim in songwriting is to be real and relevant. One fan sums up Dez’ music ministry perfectly.“
-anonymous

​The fact that she is a female solo artist who can connect with the struggles of a young woman. Such as  Image issues, comparing each other, self esteem issues and so on.”
- anonymous

Some fun facts about Dez:
● Dez lived in Iceland for two years as a child while her Dad served on the Naval base in Keflavik. It was here that she first learned about Jesus through a children’s ministry called Awana’s.
● Dez and her husband Steve own and operate a recording studio in Southern New Jersey.  They both are vocal coaches and train 50 plus students on a weekly basis.
● Dez loves any and all forms of chocolate and is an avid coffee drinker